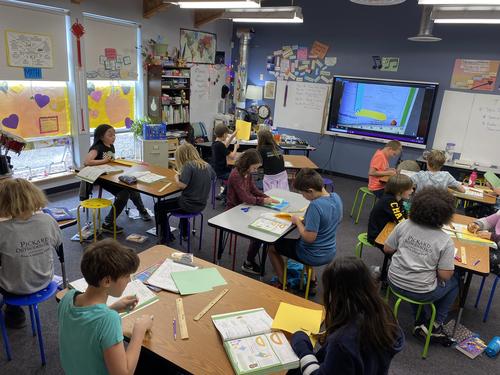 Making their own protractor
Today the kids were given directions to measure green and yellow paper-- 4"x1", use a 'brad' to create the vertex, cut arrow points at the ends, and highlight the edges so that they could go outside and notice the angles of the climbing play structure and the geodome. Before we went outside, they showed all the angles of 90,180,270,45, and 315 with their green and gold protractor.
They were put into 2 separate groups and each came back and did a sketch of their structure and noted which angles they found the most and least and other observations.
They were surprised that one structure had one type of angle and the other a majority of another. Hope you see them using it around your homes!